I bought ‘Rogue Legacy’ in what common-folk would call a “digital sale” and Microsoft would consider “uncharted territory.” I played about 2 hours and was thoroughly enjoying myself before I had a sudden realization: this was all eerily familiar. I was dying constantly, but didn’t care. Every time I died it was my fault. Classes were weird because everybody carries the same damn swords. I found myself saying “Good golly, I’ve played this game before.”

Nah, Pete, you’re crazy! Maybe you played something similar in another dimension. Dimension. Di means 2? Like Dichotomy. Dichotomy, Die, Dice, D&D, Dragons, Death, ‘DARK SOULS’! “Holy crap!”, I uttered to my forlorn cat Rocky, who has been looking mighty pudgy lately. ‘ROGUE LEGACY’ IS 2-Dimensional ‘DARK SOULS’!!! The similarities are uncanny, and the following are just a few.

Death is a Means, Not a Deterrent

Dying can be a useful mechanic when properly utilized in video games. ‘Dark Souls’ and ‘Rogue Legacy’ may be the prime examples of such utilization in the modern generation of gaming. ‘Dark Souls’ uses death as a teaching mechanism and as motivation. You’re leveling is focused on dying. You’re humanity is central to death. ‘Rogue Legacy’ similarly uses death as a means to player progression.  Dying let’s you level and spend gold to upgrade so that you no longer die. But you’ll die anyways in both games. Because you have to. Because it’s pivotal to your progression.

Enemies are Tough but “Gameable”

Both ‘Dark Souls’ and ‘Rogue Legacy’ can be brutally difficult games; however, both have static enemies. They are consistent in their attacks and movements and can become easy to deal with when facing them one on one once you learn their tendencies. But in groups they can be incredibly difficult to handle. Key to both games is learning each and every enemy type’s tendency and finding ways to consistently beat those enemies.

Boss Fights are only as Exhilarating as the Journey to Them

The boss fights in ‘Dark Souls’ were far and away the most memorable experiences I’ve had gaming in years. The Gargoyles and Ornstein and Smough come to mind most. Now, when I think back to those fights, I remember the exact areas through which I had to fight to reach them as clearly as I do the boss fights themselves. Those areas supported my time spent fighting the bosses and the overall enjoyment I had in those fights. Without them, those boss fights would not nearly be as prevalent in my mind.

I’ve had a similar experience with ‘Rogue Legacy’, especially when you consider that finding the room with the boss lurking inside is random, unless you lock the layout. Finding each boss in ‘Rogue Legacy’ is often more exciting than the actual boss fights. On top of that though is some fantastic boss design. Which helps.

I would never argue that ‘Dark Souls’ or ‘Rogue Legacy’ have difficult combat so much as I would argue that there is an intense amount of nuance embedded deeply in both systems. Anybody who has played an extensive amount of either would likely agree that the difficulty in each relies mainly on learning the subtle timing needed to defeat specific enemies. The combat makes for a careful and calculated dance when sizing up enemies. Both games reward you for being careful and exact. If you aren’t, death will surely find you.

Don’t tell me finding a blueprint in ‘Rogue Legacy’ isn’t just as exciting as finding a ember or slab in ‘Dark Souls’. Because it is equally as exciting. New stuff to kill baddies with is always exhilarating. These drops are few and far between in both games and with each find your characters become substantially more prepared for the dark adventure ahead. Both games also include ample hidden areas found through invisible walls, which are prevalent and critical in both games. Usually they lead to some sweet items or an optional quest, but they encourage a type of exploration and attention to detail which can lead to incredibly game changing rewards.

Well, there you have it. And don’t bother to argue otherwise. If you’d like to argue though, leave some comments in the comment box below and I’ll prove you wrong.

Go buy ‘Rogue Legacy’ from the Steams or from Cellar Door Games. Oh, and stop being a wuss and finish ‘Dark Souls’ or else I’ll keep reminding you that you haven’t. 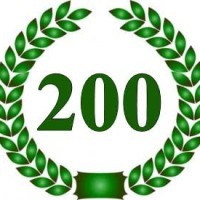 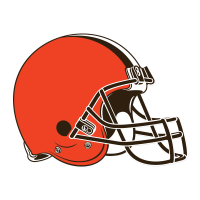