What is happening pretty people! I’m here with my first ‘Solforge’ article! So what is the “Forge Corner” and what is “Building with Rares”? The Forge Corner is where to come for all your ‘Solforge’ needs (or at least my very narrow opinions). The “Building with Rares” column is my little joy in card games, which is how to build a fun and effective deck without using higher rarity cards. So the goal is to build decks without Heroics or Legendaries. RARES ONLY HERE!

While these games can be fun regardless of your level of play, it can be frustrating to see decklists online that don’t feature anything but cards new players don’t own. So giving players a look at a deck they likely can build, or at least acquire the cards for easily, is really valuable for a community of new players. I also take pride in beating more “stacked” decks with less sought after cards, so I am partial to this way of thinking as well.

Now I will say I am not super qualified to do this yet. I’m nary a man amongst ‘Solforge’ gods, but I have been building decks in different card games for as long as I can remember. So, I do love suggestions and ideas and would be happy to discuss those things in the comments section of the article.

Without further to do, here is an Alloyin/Nekrium decklist I came up with built around Armor and Necroslime:

The focus of the deck is to build a huge Necroslime while losing no ground. The armor your creatures will have will block the damage from Necroslime, which will avoid costing you any board position in the meantime. You’re not all in on the Necroslime and you have other options so let’s get into those.

This guy isn’t particularly strong until level 3, but he remains a fairly good body at each level prior. He is one of your main priorities to level and works really well with Phallanx Squadron and Steelwelder Medic. Once he hits level 3, he is tough to deal with and can really feed your Necroslimes.

Nightgaunt is super powerful in draft and in my testing he’s done decently in this deck. More armor means he’s even harder to kill. Unfortunately, I think Slimes and Beta are enough in the offensive category, so he could be removed for something like Oreian Fieldmarshal for more utility, which is up for discussion I suppose.

These two really act as pseudo removal and are fantastic sources of card advantage. Warden is a top tier card and Squadron is just a massive buff when he hits the field. I originally wasn’t sure if Squadron should be included, but after it won me a few games simply with a buff here and there, I was totally sold.

As far as the removal pool of commons goes, Embrace is where it’s at. It lacks level gating and can cause a favorable trade. There’s a reason it’s played in top tier decks.

So let’s say you have some rares or legendaries you think fit. I’d say Nexus Techtitian, Alloyin Strategist, Warmonger Mod, and Steelforged Avatar all come to mind so go ahead and put those into the deck where you see fit. If you have any ideas on upgrading the deck to a more “pro-suitable” deck discuss that in the comments!

So that concludes the first edition of Building with Rares. I plan the future of the article to include some pre-taped games with the deck I build so that you guys can see it in action. I’m also willing to take suggestions on cards you’d like to see me build a budget deck around. Just leave recommendations in the comments below and I’ll do my best. For more check back every Thursday for another Building with Rares! 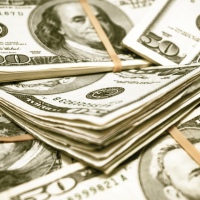 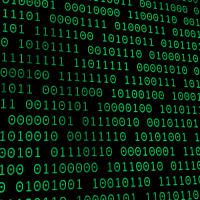 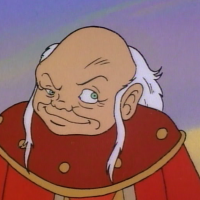