With open arms and a cold-heart, I embraced ‘To the Moon‘, which was my first exposure to storyteller Kan Gao, of Freebird Games, and his mystical way of telling heartfelt tales through pixel art. ‘To the Moon’ was a swift and well-designed effort to humanize video game characters, without having them murdering everything in sight on their way to this love. It was brilliant. Naturally, people have been curious about how Mr. Gao would follow-up ‘To the Moon’. Well, we have our answer in the form of a short piece of interactive fiction called ‘A Bird Story’.

The first thing of note about ‘A Bird Story’ is that it is not a sequel to ‘To The Moon’. The story is entirely separate from ‘To the Moon’, being there are no doctors or people dying. Instead, we have a young boy, seemingly dissonant from his surroundings, family, and friends, who finds an injured bird and hopes to nurse it back to health. Along the way we learn about the young boy and piece together details about his reality, which through his lens seems pretty grim.

However, that boys lens is fantastic to look through. ‘A Bird Story’ is ripe with colorful scenery and flawless set-piece transitions. Kan Gao put together a small but engaging environment where urban areas blend into rustic woods. At some point nature and concrete builds just seem to amalgamate into one fantastic place and the main character seems to be unaware of the phenomenon. There is an element of realistic fantasy to the world of ‘A Bird Story’ and staring at the backdrops and foregrounds were a particularly pleasant experience.

‘A Bird Story’ takes these environments and allows the player to interact. To an extent. If you’ve played ‘To The Moon’, you likely won’t be expecting much in the way of gameplay, and there remains a lack of substantial interactivity in ‘A Bird Story’. Gao sets out to tell a story, allowing the player to view the world, but not particularly partake in many activities. For some people, this would likely be a problem, but this is interactive fiction and I have no problem with that. Especially considering this is a fine example of interactive fiction. 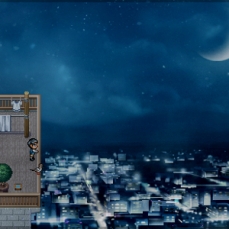 Gao intentionally subverted voice acting or text, relying fully on his art and music to tell his story. This adds a significant appeal to ‘A Bird Story’. As a player, I mainly was relying on watching interactions, paying close attention to scenery, and watching carefully for hue and color changes to set a distinctive mood. ‘A Bird Story’ uses these to truly tell an emotional story.

I was able to simultaneously be crushed and uplifted by ‘A Bird Story’. Multiple times I smiled followed by me immediately putting my heads into my hands to lament my youth. I was reminded I have a place, and it took me time to find it. Maybe it’s just where I am now. Maybe it isn’t paradise. Video games have struggled to really eat at me for awhile now. But somewhere in Kan Gao’s heart, he was able to remind me I’m vulnerable and human. I will forever love and hate him for that.

Finally, the music is breath-taking. The piano strikes and whatever the heck Freebird Games is using for their sounds are unbelievable. The music in ‘To The Moon’ was similarly well-composed, so I expected nothing less than what I got. 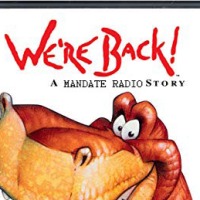